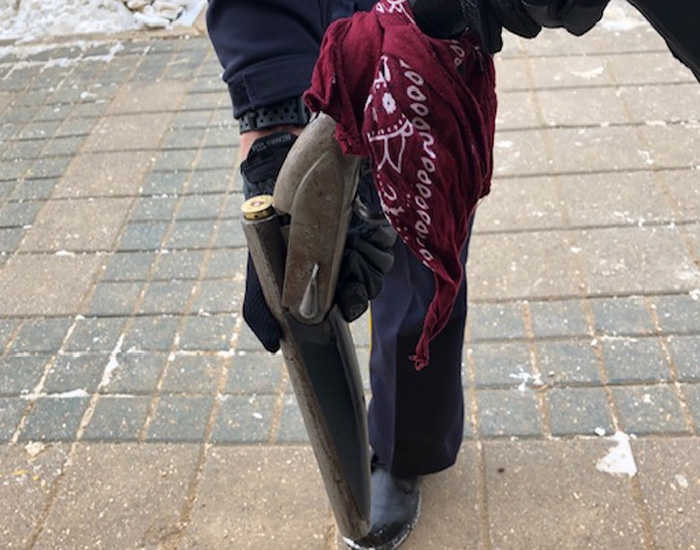 As the result of a recent traffic stop, Gimli RCMP seized a loaded firearm from the possession of a Winnipeg Beach man.

On January 1, 2020, at 12:30 pm, officers with the Gimli RCMP conducted a traffic stop in the community. Police say that the driver stopped his vehicle and then fled on foot onto Lake Winnipeg in an effort to evade capture. Officers pursued the suspect onto the lake and observed the suspect attempting to steal a truck near an ice fishing shack but was arrested before he could flee the area.

As a result of the investigation, officers discovered a backpack containing a loaded sawed-off shotgun.

RCMP report that 36-year-old David Allan Parker, from Winnipeg Beach, was arrested and remanded into custody on numerous charges. Parker will be facing charges including possession of a prohibited firearm, carrying a concealed weapon, robbery, possession of a weapon for a dangerous purpose, possession of a controlled substance and other Criminal Code charges.