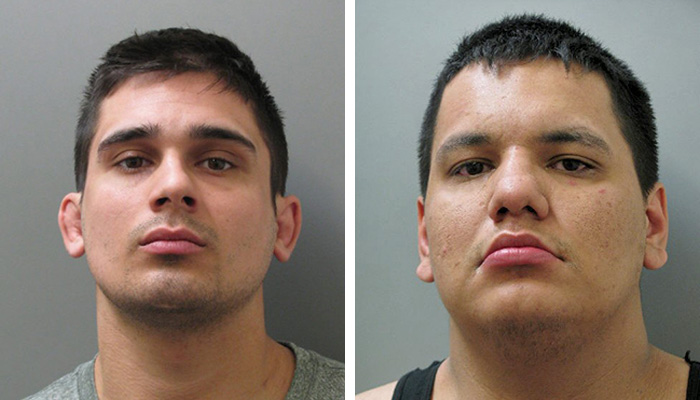 Manitoba RCMP are asking the public for any information that may help locate two suspects connected to a recent assault incident that occurred in Thompson, Manitoba.

On December 6, 2019, RCMP responded to a report of an unresponsive male outside of the South Tower located on Princeton Drive in Thompson. The victim, a 50-year-old male from Selkirk, was transported to hospital with life-threatening injuries and remains there with serious injuries..

If you have information about the whereabouts of Patrick Jackson or Jerome Cook, please call Thompson RCMP at 204-677-6909 or CrimeStoppers anonymously at 1-800-222-8477. You can also submit a secure tip online at manitobacrimestoppers.com.

Thompson RCMP, along with the Major Crimes Unit, continue to investigate this incident.