RCMP make arrests and seize meth, a firearm and more 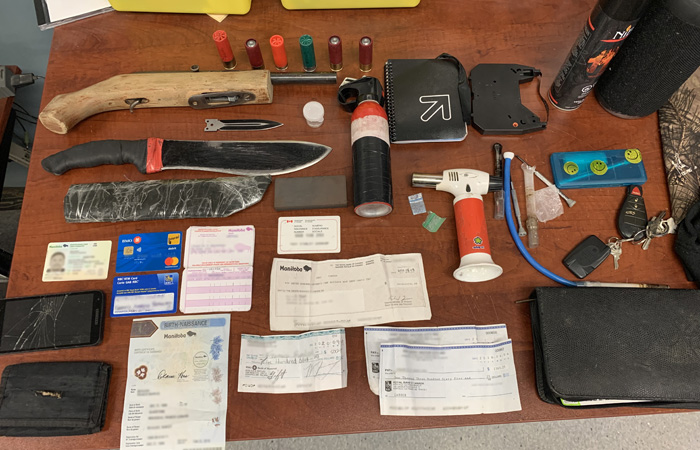 When officers arrived, they located two suspects who had outstanding warrants of arrest. The two suspects were subsequently arrested and police seized a small amount of methamphetamine, a prohibited firearm, ammunition, mace, a machete and numerous forms of personal identification that did not belong to anyone at the residence.

Police noted that a stolen truck from Winnipeg was located outside the residence.

RCMP report that 30-year-old Francis Beaulieu of Sandy Bay First Nation has been charged with over 10 weapon, drug and fraud offences. A 25-year-old female from Dauphin has drug charges pending and is scheduled to appear in court in Winnipeg.