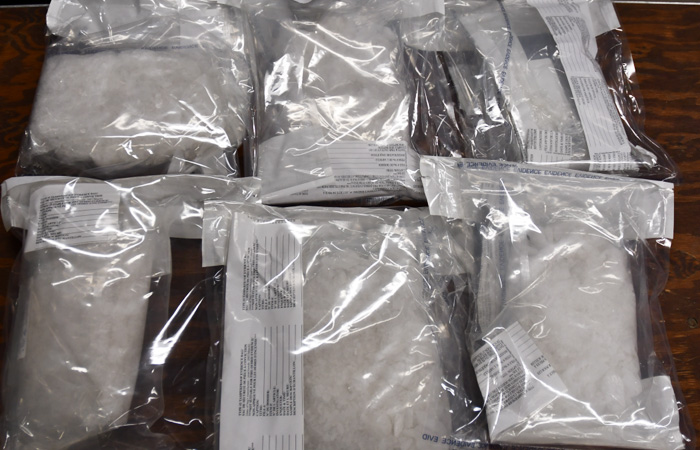 Methamphetamine and cocaine seized from a residence in Winnipeg, Manitoba.

The Federal Serious and Organized Crime (FSOC) unit of the Manitoba RCMP undertook a four-month long investigation which resulted in the seizure of five kilograms of methamphetamine and one kilogram of cocaine from a residence in the Tyndall Park area of Winnipeg.

The large seizure was the result of a search warrant executed in February 2020 as part of an ongoing investigation into interprovincial methamphetamine and cocaine trafficking, which is aimed at stopping illicit drugs from being distributed in Manitoba communities. This investigation was carried out with the assistance of numerous specialized RCMP Units and the RCMP in British Columbia.

“Over the past six months two separate FSOC investigations have collectively seized 27 kilograms of meth and 44 kilograms of cocaine, and stopped it from reaching our communities,” says Federal Criminal Operations Officer Superintendent Lisa Moreland. “The RCMP remain committed to working with our partners and the community to prevent these illicit drugs from causing harm to Manitobans.”