Steinbach man arrested for assaulting people with a paintball gun 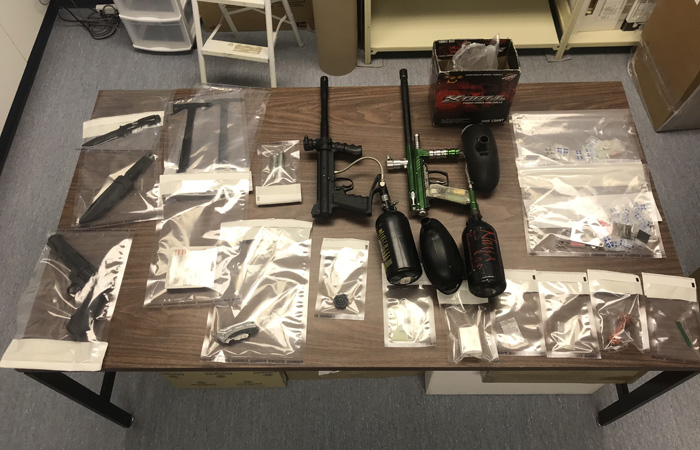 A 25-year-old Steinbach man is facing numerous charges after being arrested by Steinbach RCMP in relation to a recent paintball gun incident.

On July 12, 2020, at approximately 11pm, Steinbach RCMP received a report of a truck that had driven up to a group of individuals in a parking lot on Main Street where a male proceeded to open fire with a paintball gun, striking people, vehicles and a building.

Police say that the vehicle then left the scene and was located parked at a residence on Third Street in Steinbach. Officers observed paintball guns inside the truck.

RMCP report that the driver was then identified and arrested while trying to flee from police. He was found to be in possession of a small quantity of cocaine. The vehicle, also contained three knives, two throwing hatchets and a Smith and Wesson fixed blade knife which were tucked into various locations near the driver as well as a black revolver style pellet gun.

Officers tested the driver for the presence of cocaine using an oral fluid device and was he found to be impaired by drugs.