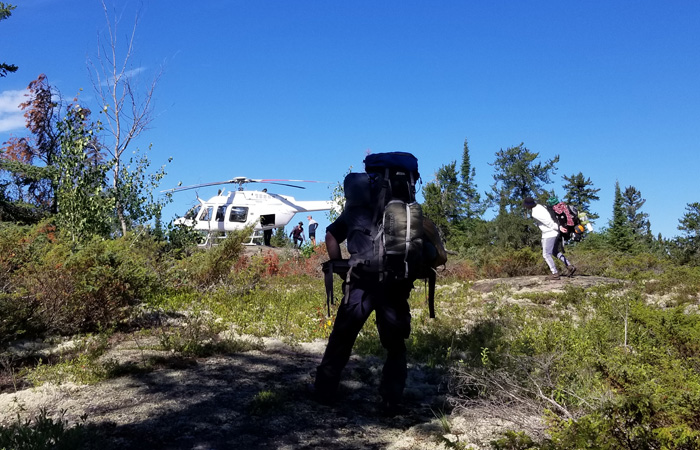 Hikers being picked up by helicopter in Whiteshell Provincial Park.

Three hikers on the Mantario Trail, suffering from signs of severe heat stroke, were recently located and transported to Lac du Bonnet by helicopter, before being treated by emergency medical services.

On July 25, 2020, at approximately 8:10pm, RCMP responded to a report of hikers that were in distress on the Mantario Trail, in Whiteshell Provincial Park.

Stars attended the area, however due to nightfall and not having a landing zone in the area, were unable to assist. RCMP were able to remain in contact with the hikers via cellphone during the night.

On July 26, Lac du Bonnet RCMP chartered a helicopter and located all three adult male hikers on the trail of the northern tip of Mantario Lake. They were transported from the scene to Lac du Bonnet, where they were treated by emergency medical services. Two males were treated and released and one male was taken to hospital with non-life threatening injuries.