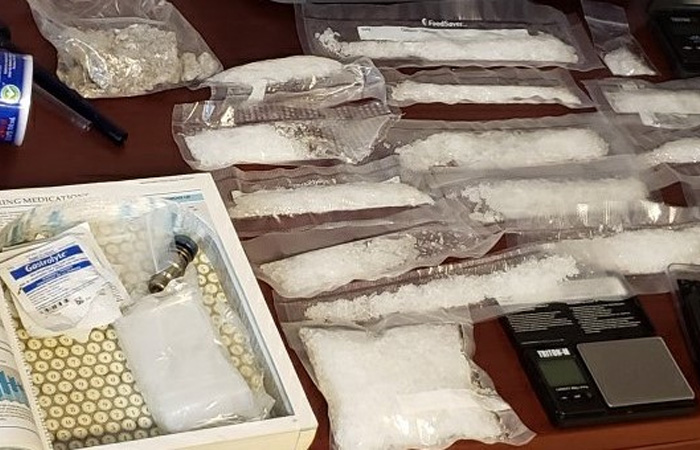 As the result of a recent residential search in Minnedosa, RCMP seized a quantity of drugs, leading to the arrest of a suspect from the community.

On August 20, 2020, members of the Manitoba RCMP West District Crime Reduction Enforcement Support Team (CREST), along with the Minnedosa RCMP conducted a search at a residence in Minnedosa.

During the search, officers located and seized approximately 500 grams of crystal methamphetamine and 100 grams of purple heroin. Purple heroin typically contains a mix of heroin, OxyContin, carfentanil, fentanyl or other illicit drugs.

CREST focuses on intelligence-based investigations into drugs, rural property crime and serious, prolific offenders within our communities. There are currently three teams in the province, one in the north, one in the east and one in the west.