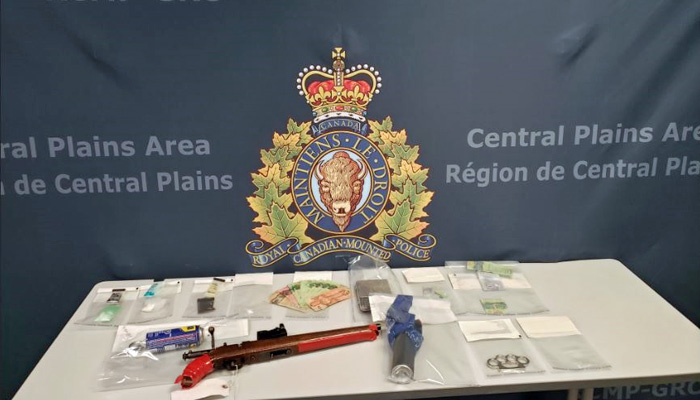 The recovery of a stolen vehicle in Portage la Prairie has resulted in three people being arrested and charged with numerous firearm and drug related offences.

Officers arrived at the scene and determined that the vehicle had been stolen from Lac du Bonnet. A 36-year-old Winnipeg woman was arrested on scene and also found in possession of a prohibited weapon and a substance believed to be methamphetamine.

Police investigation led officers to an apartment complex located in the 100 block of 4th Street SE. Once on location, officers located a firearm and a can of bear spray. Police say that three additional suspects were arrested on scene.

RCMP report that a search warrant executed at this address resulted in the seizure of additional drugs believed to be methamphetamine, cocaine and heroin. As a result 36-year-old Melodie Bellisle from Pine Falls, 20-year-old Kara Fredette from Winnipeg and 25-year-old Luke Woodhouse, also from Winnipeg were arrested and charged with multiple firearm and drug related offences.