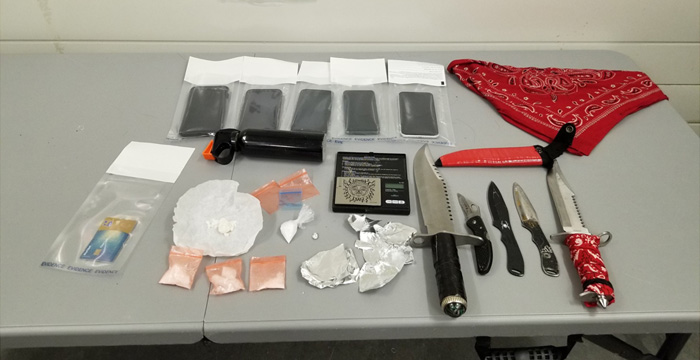 Powerview RCMP have seized a number of weapons and a quantity of drugs after a traffic stop that was recently conducted in Pine Falls, Manitoba.

On September 20, 2020, at approximately 1am, Powerview RCMP conducted a traffic stop on Maple Street in Pine Falls. During the course of the investigation, officers located and seized approximately 28 grams of crystal methamphetamine, weapons and drug paraphernalia.

Police say that all four occupants of the vehicle were arrested as a result.