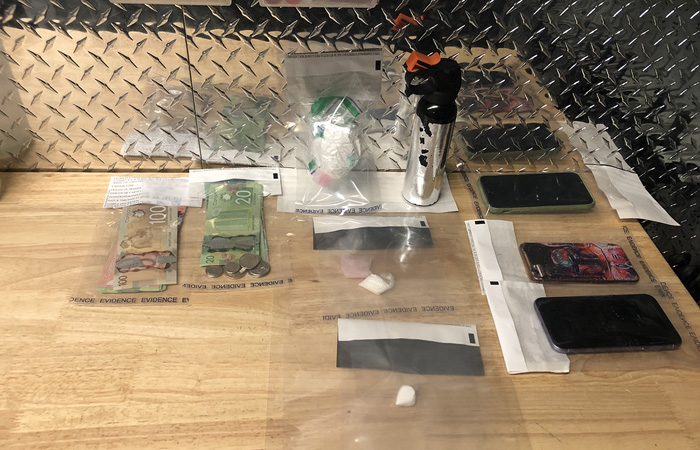 Three individuals are facing multiple weapon and drug related charges after being arrested by RCMP during a recent traffic stop in the City of Thompson, Manitoba.

On September 28, 2020, at approximately 10:45pm, RCMP conducted a traffic stop on Princeton Drive in Thompson. During the course of the investigation, officers located and seized approximately 140 grams of cocaine, cash and bear spray.

Police say that all three occupants of the vehicle were arrested.

RCMP report that the three individuals, two men from Thompson and a woman from Gillam, are facing numerous weapon and drug related charges.