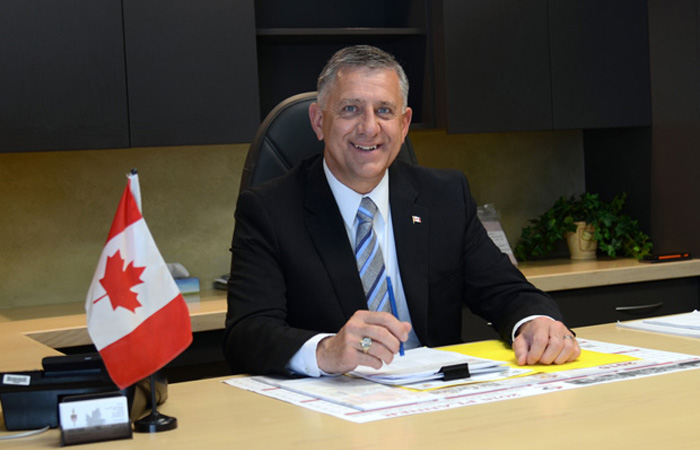 Member of Parliament for Provencher Ted Falk has announced that he has accepted a new role on the House of Commons Standing Committee on Finance.

“Serving on the Finance Committee is a big job,” said Falk. “It’s one of those committees that tends to have a higher profile since it’s all about the dollars and cents of government.”

The Committee was front and centre earlier this year when it held televised hearings into the Liberal government’s WE Charity scandal before Justin Trudeau asked the Governor General to prorogue Parliament, shuttering the Committee’s investigation.

The Finance Committee’s mandate includes examining and reporting on all matters referred to it by the House of Commons, the management and operation of the Department of Finance and the Canada Revenue Agency, and conducting pre-budget consultations.

“The Finance Committee plays a particularly critical part in stewarding the nation’s finances,” said Falk. “With Justin Trudeau’s recent Throne Speech making absolutely no effort to establish a clear fiscal framework, we have our work cut out for us.”

“The Liberals spent the cupboards bare before COVID-19,” Falk added. “Now they’re dealing with a national crisis from a position of financial weakness, rather than the position of strength our previous Conservative government left them with. Justin Trudeau sure squandered that in a hurry.”

Falk cited his experience as an entrepreneur and small-business owner, as well as 16 years as President and Board Chair of the Steinbach Credit Union, as assets for the new role.

“I’m honoured to accept this new role and get down to work holding the Trudeau Liberals accountable for the financial mess they’ve created.”