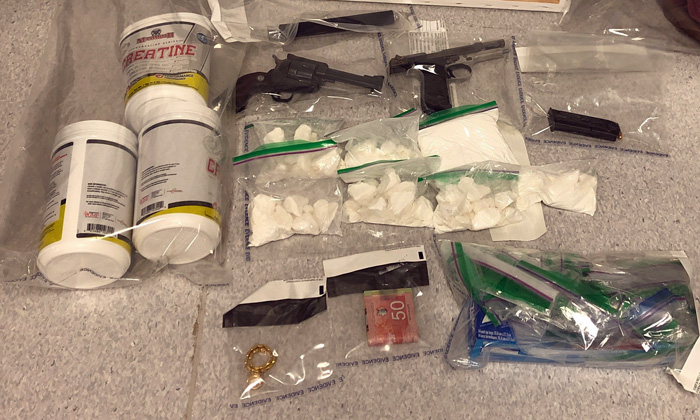 Firearms and cocaine seized by RCMP at a Thompson apartment building and residence.

Thompson RCMP have seized a number of firearms, along with a significant quantity of cocaine, after executing a search warrant at a local apartment building and residence.

On October 24, 2020, at approximately 12:20am, RCMP executed a search warrant at an apartment located on Princeton Drive in Thompson, Manitoba.

As a result of the search, officers seized approximately 310 grams of cocaine, bear mace and drug trafficking paraphernalia.

Police say that the investigation led officers to conduct another search at a residence located on Nickel Road in Thompson. Once inside, officers seized approximately 1.3 kilograms of cocaine, two handguns and drug trafficking paraphernalia.

In the second incident, a 19-year-old Thompson man was arrested and is facing numerous drug and firearm related charges.