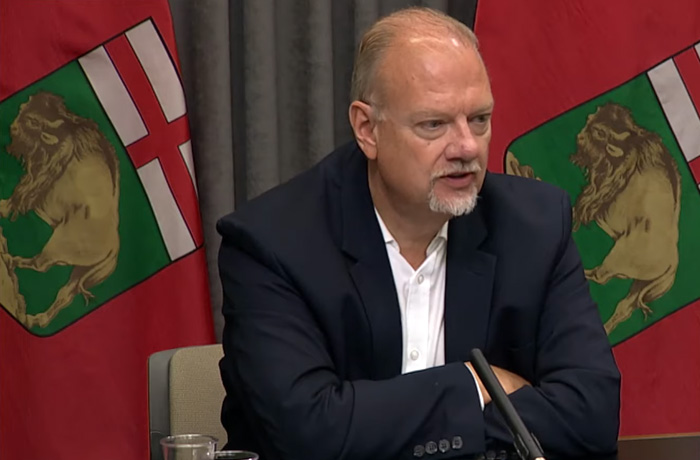 Steinbach MLA and Education Minister Kelvin Goertzen announced that the Manitoba government is moving ahead with plans for single collective bargaining between all school divisions and their teachers through the proposed public schools amendment and Manitoba Teachers’ Society amendment act.

“Manitoba is the only province in Canada where public teacher bargaining is still done exclusively at the local level,” said Goertzen. “There are currently 38 separate collective agreements, bargained directly between school boards and their teacher associations. This bill will create alignment with teacher agreements and reduce the duplication of work associated with reaching multiple separate agreements.”

The bill would not impact any collective agreements in place when the bill would come into force. As existing collective agreements expire, school divisions and teachers’ associations would become part of the provincial agreement. The Manitoba Teachers’ Society (MTS) would be the teacher bargaining agent, while the minister of education would appoint the employer bargaining agent to represent school divisions.

The Division scolaire franco-manitobaine (DSFM) maintains its existing bargaining system separate from the provincial framework, in respect of their constitutional education management rights.

“Individual bargaining creates several challenges for government and school boards including significant variation in agreements and an inefficient bargaining process that is replicated 38 times over,” said Goertzen. “This bill will result in less variation between divisions and ultimately will mean more time spent teaching instead of bargaining, which means better results for students.”