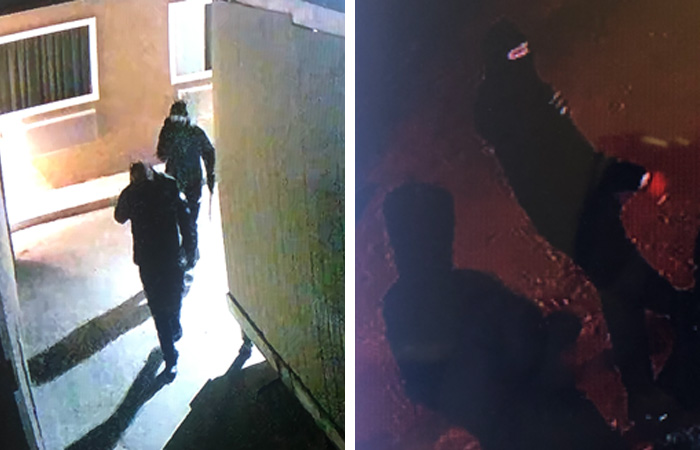 Stonewall RCMP are asking the public for any information that may lead to the identity of two suspects connected to a series of recent break-ins that occurred in Stonewall, Manitoba.

On November 9, 2020, RCMP received reports of several break-ins that occurred overnight at businesses located on Main Street in Stonewall.

Two suspects were caught on video surveillance. The first suspect is wearing red gloves, a black mask and a black jacket with a white and red logo on the upper left arm. The second suspect is wearing a black mask, a black hat with a white logo on the back, black Adidas pants with a light coloured stripe running halfway up the pant leg, black gloves and is carrying a crowbar.

RCMP are asking for public assistance in identifying the suspects. If you have information regarding the identity of these individuals or have any information regarding these crimes, you are asked to call Stonewall RCMP at 204-467-5015 or CrimeStoppers anonymously at 1-800-222-8477. You can also submit a secure tip online at manitobacrimestoppers.com.