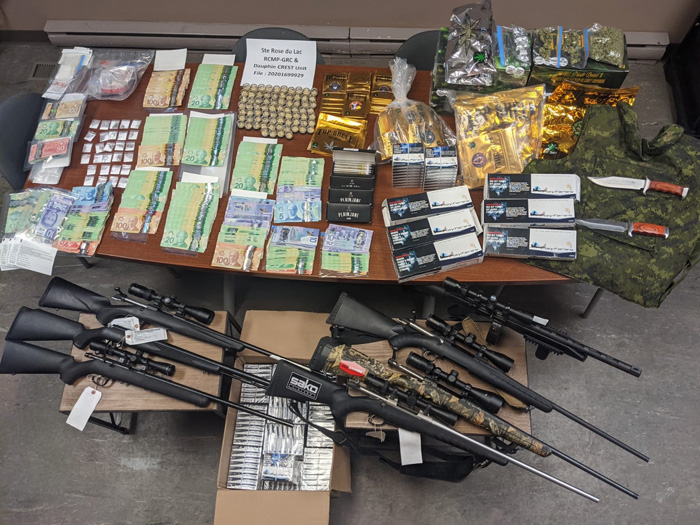 Items seized by RCMP at a Bacon Ridge, Manitoba residence.

After searching the residence, police seized a quantity of cocaine, unstamped cigarettes, an amount of marijuana and marijuana products beyond what would be for personal use, an undisclosed amount of Canadian currency, several firearms and soft body armour.

Police say that all of the arrested individuals have since been released and the investigation continues.