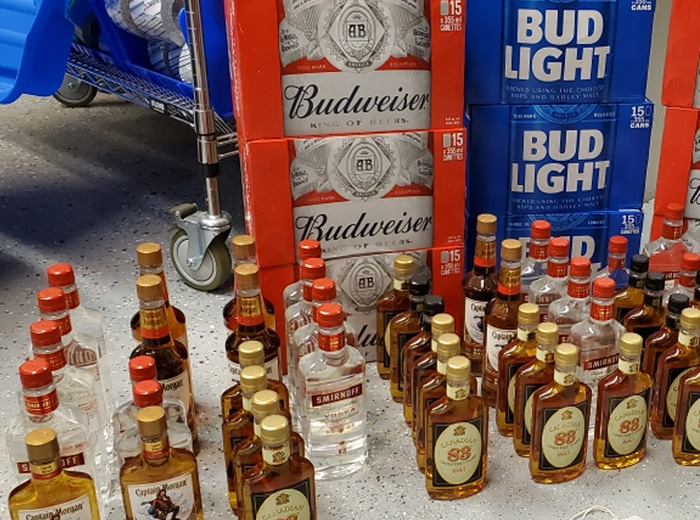 Four individuals from Thompson, Manitoba are facing numerous charges related to a bootlegging operation that was under investigation by local RCMP.

On November 26, 2020, at approximately 7:20pm, Thompson RCMP executed a Liquor, Gaming and Cannabis Authority search warrant at a residence located on Hudson Bay in Thompson, Manitoba.

Police had been investigating the illegal sale of alcohol from the residence. It was believed that the suspects had been purchasing liquor legally and then selling it at a significant markup.

As a result of the search, RCMP seized approximately 55 bottles of hard liquor as well as 10 cases of beer. A further search warrant at a residence on Martin Bay resulted in the seizure of 72 grams of marijuana, which is more than what is permitted for personal use. Officers also discovered further evidence of the illegal sale of alcohol.

RCMP report that two women, ages 21 and 22, along with two men, ages 24 and 43, all from Thompson are facing numerous charges related to these crimes.