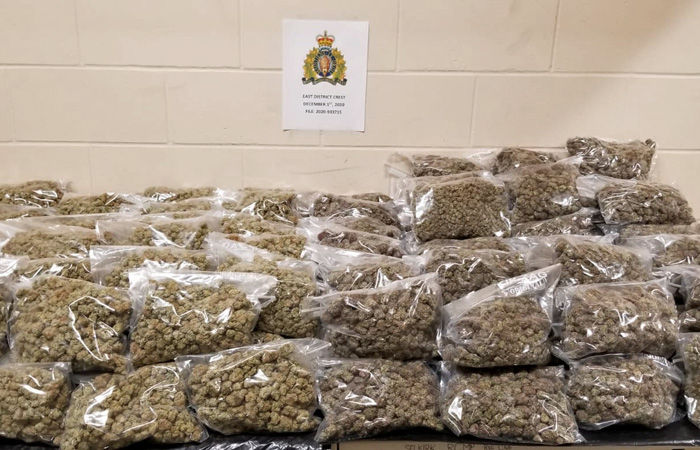 A 33-year-old Gimli man is facing drug trafficking charges after RCMP seized a large quantity of cannabis from his vehicle during a recent traffic stop on the Perimter Highway.

On December 1, 2020, RCMP officers from the East District Crime Reduction Enforcement Support Team (CREST) conducted a traffic stop on a vehicle traveling on the Perimeter Highway, in the RM of Rosser.

Subsequent police investigation into the driver and lone occupant of the vehicle, a 33-year-old RM of Gimli man, led to the search of the vehicle where officers located and seized over 27 kilograms of cannabis.

Police say that the cannabis originated from Western Canada and has been linked to organized Crime. The product was destined to be sold in the Manitoba Interlake region.

RCMP report that the 33-year-old male suspect was arrested for possession for the purpose of trafficking and was later released for a court date scheduled in Selkirk.

CREST focuses on intelligence-based investigations into drugs, rural property crime and serious prolific offenders within our communities.There are currently three teams in the province, one in the north, one in the east and one in the west.