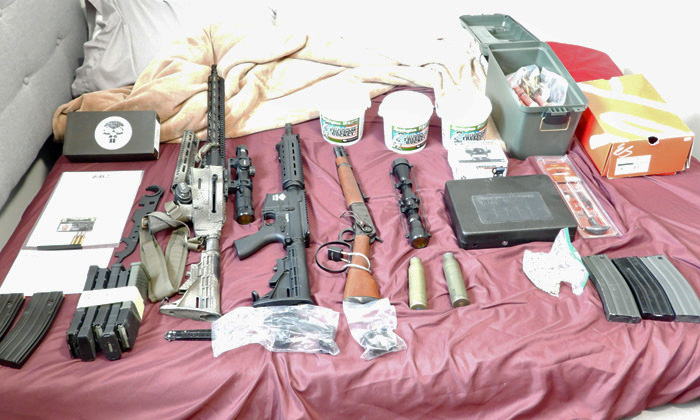 Firearms, ammunition, a prohibited weapon and other stolen property seized by RCMP.

A 23-year-old Beausejour man was recently arrested and is facing numerous firearm and property related charges in connection to the seizure of a prohibited device by the Canada Border Services Agency.

On December 9, 2020, as a result of information received from the Canada Border Services Agency (CBSA) regarding the seizure of a prohibited device, officers from the East District Crime Reduction Enforcement Support Team (CREST) and the National Weapons Enforcement Support Team (NWEST) executed a search warrant at a residence located on Fifth Street North in Beausejour, Manitoba.

Police say that the search of the residence resulted in the seizure of several firearms, ammunition, a prohibited weapon and other stolen property.

RCMP report that a 23-year-old male resident from this address was arrested and later released from custody. The suspect is scheduled to appear in Beausejour Provincial Court and will be facing several firearm and property related charges, including importing a prohibited device.