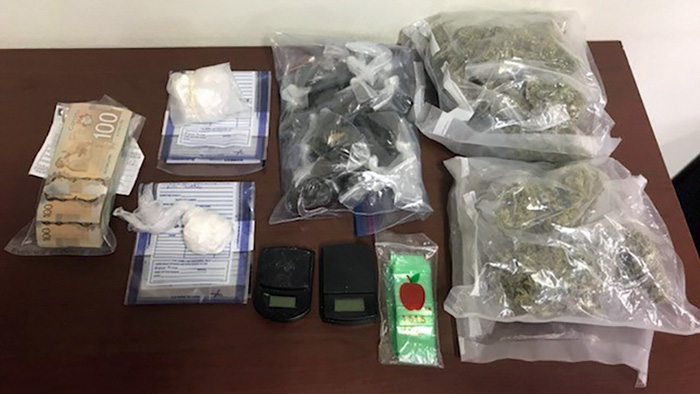 On January 27, 2021, at approximately 7:10am, as part of an ongoing drug investigation, CREST, along with Winnipegosis RCMP and RCMP Police Dog Services, executed a Controlled Drugs and Substances Act warrant on a residence located in Pine Creek First Nation, Manitoba.

As a result of the search, officers seized approximately 50 grams of cocaine, 528 grams of hash, 1128 grams of shake (cannabis clippings), 242 grams of cannabis, an undisclosed amount of Canadian currency and drug trafficking paraphernalia.

RCMP report that a 27-year-old male and a 34-year-old female were arrested at the residence and are facing charges of possession for the purpose of trafficking, possession of trafficking material and possession of property obtained by crime. Both have been released from custody and are scheduled to appear in court in March.

RCMP are reminding the public that if anyone has any information about drugs in their community, to contact a local police agency or call Manitoba CrimeStoppers anonymously at 1-800-222-8477. You can also submit a secure tip online at manitobacrimestoppers.com.