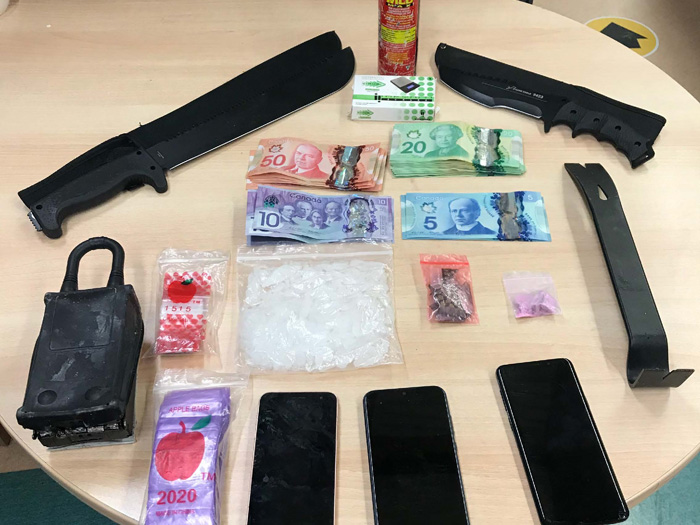 A 31-year-old Winnipeg man has been arrested by RCMP after responding to a collision in the Rural Municipality of St. Clements.

On January 28, 2021, at approximately 11:55pm, Selkirk RCMP responded to a single vehicle collision on Highway 59 in the RM of St. Clements.

Police say that a vehicle had left the roadway and was stuck in the ditch. The driver, a 31-year-old Winnipeg man was not injured in the incident. Further investigation revealed that the male driver was wanted on a warrant, and the vehicle he was driving was stolen.

RCMP report that the driver was arrested without incident.

Officers were able to locate a machete and a knife in the snow a short distance from the vehicle. A search of the vehicle was conducted and resulted in the seizure of bear spray, approximately 86 grams of methamphetamine, eight grams of suspected purple heroin, as well as a sum of Canadian currency.

RCMP report that the 31-year-old male is facing numerous charges including possession of a weapon for a dangerous purpose and possession for the purpose of trafficking.