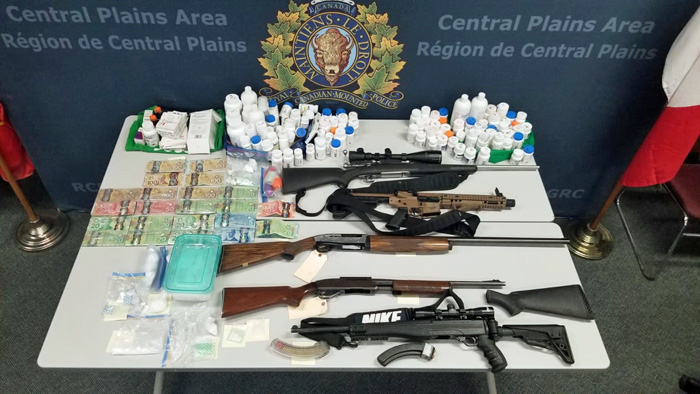 RCMP are reporting that eight people have been arrested and charged in response to multiple search warrants that were executed at three residences in Portage la Prairie, Manitoba.

Police say that in total, more than a kilogram of methamphetamine, three ounces of cocaine, a small amount of what appears to be fentanyl/carfentanyl, Canadian currency, four firearms, a pellet gun, and a large amount of prescription drugs were seized.

RCMP report that 50-year-old Jeremy Whincup and 31-year-old Kayla Whitford from Portage, were arrested and are facing numerous firearms and drug related charges. RCMP said that five other adults were arrested and charged in connection to this investigation.