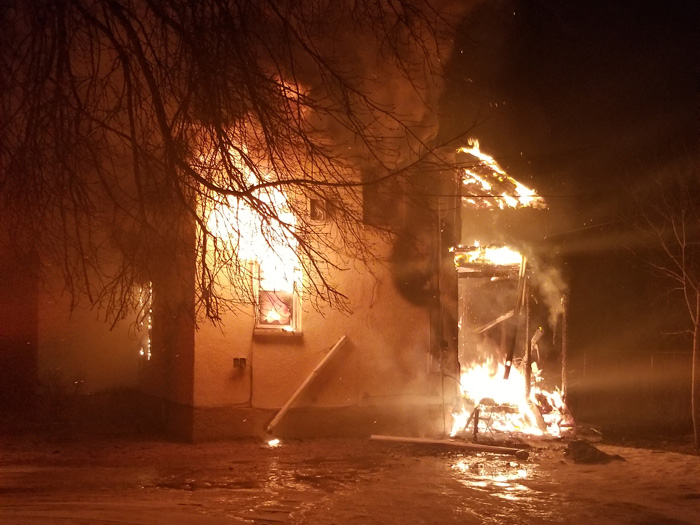 Portage la Prairie RCMP are currently investigating a suspicious house fire that recently occurred at a location within the community.

On March 2, 2021, at approximately 3:10am, Portage la Prairie RCMP responded to a house fire on 3rd Street NW in Portage la Prairie, Manitoba. When officers arrived on scene, the house was completely engulfed in flames.

Police say that the building was a multi-unit structure, with several units housing different families. It was believed by those on scene that all occupants had been evacuated safely. Police noted that when the fire was put out more than three hours later and a search of the premises could be conducted, that was confirmed.

Initial investigation has determined the fire started on the porch of the building, which was previously observed to contain a large amount of garbage.

RCMP report that at this time investigators believe the fire to be suspicious. The investigation is ongoing with the assistance of the Office of the Fire Commissioner.

If you have information regarding this incident, you are asked to call Portage RCMP at 204-857-4445 or CrimeStoppers anonymously at 1-800-222-8477. You can also submit a secure tip online at manitobacrimestoppers.com.