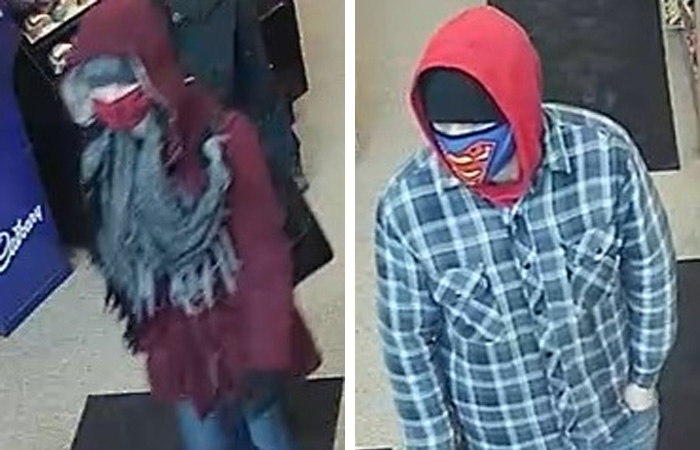 Steinbach RCMP are currently investigating a recent shoplifting incident that occurred at a convenience store located on Main Street in Steinbach, Manitoba.

RCMP recently received a report of a shoplifting incident that occurred on March 26, 2021, at the 1st Choice Convenience store in Steinbach. It was reported that the incident occurred at approximately 11:45am.

Police investigation determined that a female shopper left the store $60 worth of groceries while a male suspect attempted to distract store staff. The female suspect was then approached by the store manager outside the building regarding the incident. At this point, she became aggressive and both suspects fled the scene on foot heading west down Main Street.

RCMP were able to obtain photos of the male and female suspects from security footage.

If you are a witness or have any information regarding this crime, you are asked to call the Steinbach RCMP at 204-326-4452 or CrimeStoppers anonymously at 1-800-222-8477. You can also submit a secure tip online at manitobacrimestoppers.com.