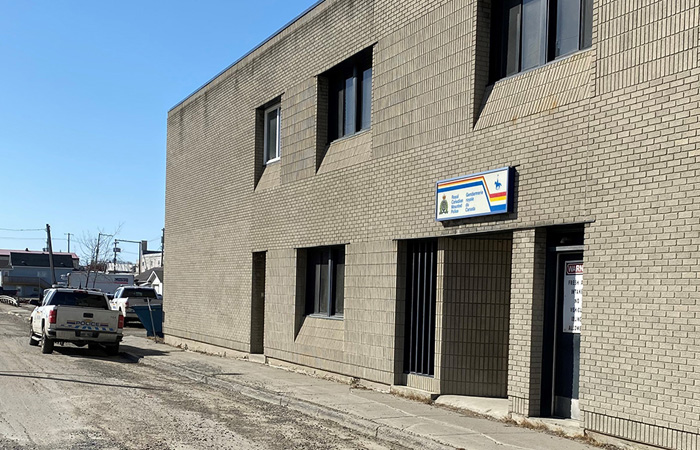 Flin Flon RCMP officers required the use of a Conducted Energy Weapon (CEW) on a male suspect after the man threatened the officers while they were in the detachment.

On April 19, 2021, at approximately 11:45pm, two RCMP officers were working at the RCMP detachment in Flin Flon, Manitoba when they heard a strong, rapid knocking on the locked front door. Officers inside the building said it sounded like someone was attempting to punch through the door. At this point, one of the officers went to the front window to look outside, but could not see anyone. The other officer then went to the locked employee entrance at the side of the detachment and opened it to look outside.

Police say that an adult male suspect was observed looking into the police vehicles, and when he heard the door open, he took on an aggressive posture and ran towards the entrance door. The officer at the door was able to pull the door closed before the male could gain access to the detachment.

Two officers at the detachment then strategically exited from a separate door in an attempt to apprehend the male. The suspect was still standing at the side employee door when he again advanced on the officers quickly and in an aggressive manner, ignoring commands to stop advancing. Concerned for their safety, one of the officers deployed a Conducted Energy Weapon for use on the suspect. The deployment of the CEW was effective in stopping the suspect’s aggressive behaviour toward the officers and they were able to gain control of the man. At this time, the officers were able to provide first aid to the male suspect by removing the CEW probes. The male did not require further medical attention and was taken into custody.

RCMP report that the 36-year-old male suspect from The Pas has been charged with assault a police officer and resisting arrest. Police noted that the man had a warrant for his arrest for failure to comply with probation orders.