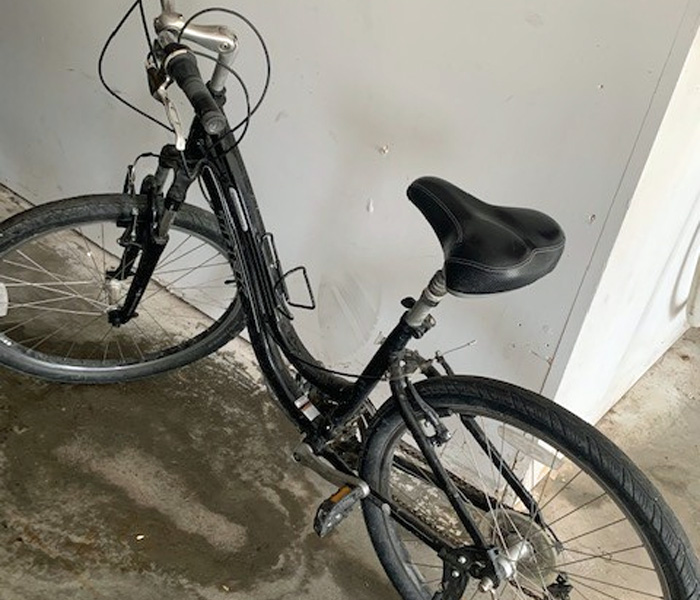 Photo is a female version of the Trek bicycle that was stolen.

Steinbach RCMP are currently investigating the theft of a bicycle outside the Steinbach Credit Union. They are also reporting the recovery of a stolen motorcycle from the Mitchell area, and a truck and trailer in the Ste. Genevieve area.

On July 21, 2021, at approximately 2:30pm, Steinbach RCMP received a report stating that a bicycle had been stolen. Police say that the bike had been parked outside of the Steinbach Credit Union.

The bicycle is described as a black Trek Navigator 2.0 mountain bike and is valued at approximately $600.

If you have information regarding the stolen bike, please call Steinbach RCMP at 204-326-4452 or CrimeStoppers anonymously at 1-800-222-8477. You can also submit a secure tip online at manitobacrimestoppers.com.

On July 23, 2021 at 9am, Steinbach RCMP recovered a stolen motorcycle in the Mitchell area. As a result, a 28-year-old male was arrested while trying to leave the residence on the motorcycle.

RCMP report that the male is facing two charges of possession of stolen property, flight from police and two charges of failing to comply with his release conditions.

On July 27, 2021 at 10:30am, Steinbach RCMP located and recovered a stolen trailer and truck in the bush on a property located in the Ste. Genevieve area. Both items were stolen in separate incidents from the St. Pierre area.

Police report that the items were towed and the victims notified.