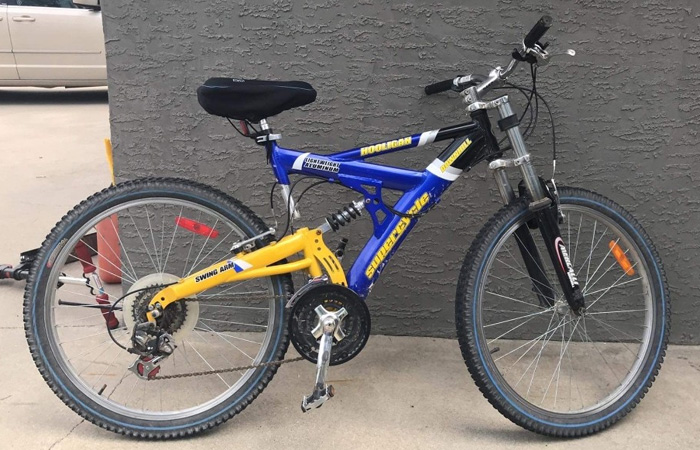 One of the bicycles stolen from Pleasant Drive in Blumenort, Manitoba.

Steinbach RCMP are currently investigating a number of recent bike theft incidents that occurred in Steinbach and Blumenort, Manitoba.

Steinbach RCMP recently received a report of a bike theft that occurred on July 30, 2021 between the hours of 2am 10am. The bicycle is described as a blue Schwinn Meridian adult tricycle with a black wire basket on the back. The tricycle was parked outside a residence off of Highway 52 in Steinbach at the time of the incident.

RCMP also received another report of two bicycle thefts that occurred during the night of August 10 between the hours of 11pm and 4am. In this incident, the two bikes were stolen off a truck that had been parked on Pleasant Drive in Blumenort.

If you have information regarding these crimes, you are asked to call Steinbach RCMP at 204-326-4452 or CrimeStoppers anonymously at 1-800-222-8477. You can also submit a secure tip online at manitobacrimestoppers.com.