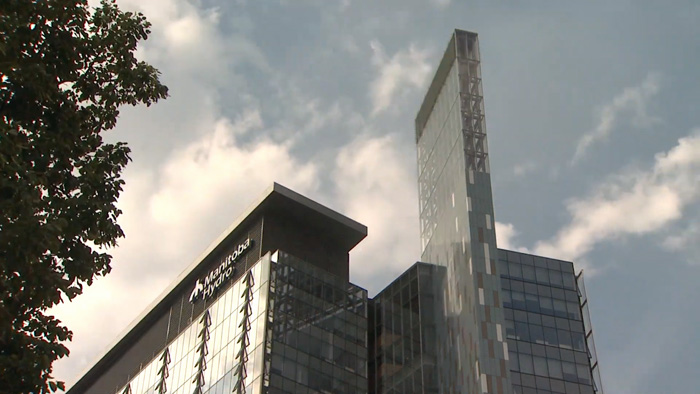 Manitoba Hydro released its annual report today showing a total consolidated net income of $119 million for the fiscal year ended March 31, 2021, an increase of $20 million compared to the previous year.

“This is a good result for our customers in what was a challenging year for everyone,” said Manitoba Hydro President & CEO Jay Grewal. “The corporation’s net income is extremely variable, subject to factors such as water flow conditions, weather, interest rates and export prices that – apart from our firm power sales – can be unpredictable and are not in our control,” Grewal said. “Achieving this level of net income and making a modest contribution to improve Manitoba Hydro’s financial position is key to protecting our customers from steeper, unpredictable rate increases in the future, and will help keep Manitoba electricity rates among the lowest in North America in the long-term.”

Manitoba Hydro attributes the $20 million increase in net income primarily to higher extraprovincial revenues due to new firm export sales contracts, made possible by the 695-megawatt Keeyask Project under construction in northern Manitoba and the 500-kilovolt Manitoba-Minnesota Transmission Project (completed in June 2020). In 2020-21, export sales contributed $611 million in revenue to the corporation – approximately 25 per cent of all electricity-derived revenues – and an increase of $143 million from the previous year. The increase in net income was partially offset by higher costs associated with the Manitoba-Minnesota Transmission Project coming into service.

The COVID-19 pandemic did not have a significant impact on net income. The Crown utility continues to offer flexible payment arrangements and extended payment terms in its effort to assist customers financially impacted by the pandemic, and projects a marginal decrease in domestic revenues next year as recovery from the economic impacts of the pandemic continues.

The annual report also highlights the achievement of a significant milestone on the Keeyask Project, with the generating station’s first unit brought online February 16, 2021 and connected to the Manitoba Hydro power grid. The remaining six units are expected to be in-service during the 2021-22 fiscal year, with the last unit completed by March 2022.

When complete, Keeyask will add 4,400 gigawatt-hours of clean, dependable hydroelectric generating energy to Manitoba Hydro’s system, which will be used to power future economic growth in the province and provide additional export sales opportunities to help keep rates lower than they would otherwise be for Manitobans.

The annual report’s financial outlook for the current fiscal year notes the below-average winter snowpack and below-average spring precipitation across much of Manitoba Hydro’s watershed has caused lower-than-average water inflows and reservoir storage levels. As a result, hydraulic generation for the current fiscal year is projected to be below budget, putting downward pressure on the corporation’s projected net income of $190 million for 2021-22 due to less excess energy being available for opportunity sales on the export market.

“Our hydroelectric generation depends on rainfall from spring to late fall, so there continues to be considerable uncertainty about the impact of the drought on the corporation’s financial results,” Grewal said. “Even assuming we get normal precipitation for the remainder of the year, the impact of the below-average spring water flows and storage levels, coupled with the extremely dry summer, will result in a significant impact to our income for the current fiscal year. Our Quarterly Report for the three months ended June 30, 2021 will provide additional details on those projections.”

Grewal added there is no danger to the Corporation not meeting its domestic energy requirements or firm export obligations due to the drought.

“But this does highlight the importance of ensuring we generate modest net income when conditions are good as a balance against years with lower water flows, such as this year,” Grewal said.