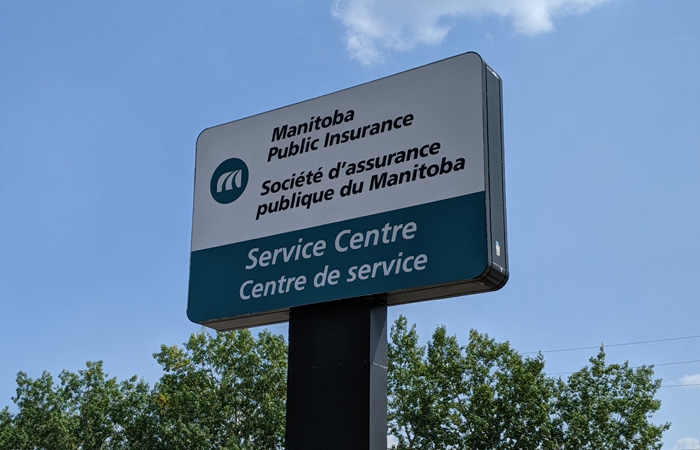 As the hearing of its General Rate Application (GRA) before the Public Utilities Board (PUB) opened recently, Manitoba Public Insurance (MPI) presented updates to its provisional filing made earlier this year based on continued strong financial performance. This included requesting a rate decrease for a third year in a row and updating its separate application for a third customer rebate in a little more than a year.

MPI originally filed its preliminary 2022/23 GRA with the PUB in June and has since updated its application, which now requests a 1.2 per cent rate decrease. MPI routinely adjusts its overall rate indication after the initial filing as it refines its forecast closer to the start of the hearing.

Also in this application, MPI removed the Capital Release provision, which previously had translated into a five per cent discount as part of the overall rate. To replace the removal of this discount and return surplus capital to Manitobans sooner, MPI separately applied to the PUB to return excess capital to ratepayers by way of a rebate. MPI has also updated its rebate application, formalizing its rebate request to $335 million from the original forecasted amount of $202 million. If approved, this will be the second largest rebate in corporate history. In 2011, MPI rebated ratepayers $336 million.

“MPI continues to demonstrate strong financial performance, which has resulted in its applying for a third consecutive rate decrease, and in time, applying for a third consecutive customer rebate,” Crown Services Minister Jeff Wharton announced. “The COVID-19 pandemic has been challenging for all Manitobans. I am pleased that Manitoba Public Insurance will once again be in a position to provide its policyholders with much needed financial relief early in the New Year.”

MPI is ultimately responsible for delivering the services and overall financial health of its various lines of business, including Basic, Extension and its administration of The Drivers and Vehicles Act (DVA), which involves the licencing of drivers and vehicles. The 2022/23 GRA addresses the transfer of capital from the Extension to the DVA line of business to ensure MPI can cover its administration costs. MPI transferred this capital in full compliance with all applicable statutes and regulations.

“We acknowledge that surplus funds from our Basic Autopac program should be returned to our customers and we have done just that. We are pleased to provide another rate decrease, in addition to making a request of the PUB, to return surplus to our customers in the form of a rebate,” said Eric Herbelin, President & CEO of MPI. “Our financial and business operations are fully transparent and presented to the PUB. Surplus from our Basic Autopac program is a direct result of fewer collision claims combined with having the public auto insurance model which allows for the return of excess capital back to our customers. This rate application truly demonstrates the effectiveness of the public insurance model and our commitment to delivering value to Manitobans.”

Combining the requested 1.2 per cent decrease with the surplus rebate, customers can expect an average decrease in their 2022/23 insurance year Autopac premiums of approximately 26.1 percent.

The proposed rates would be effective April 1, 2022, but because renewal dates are staggered, some vehicle owners will not pay their new rates until March 31, 2023. The PUB hearing is scheduled for three weeks and MPI expects the Board to announce its ruling in December.