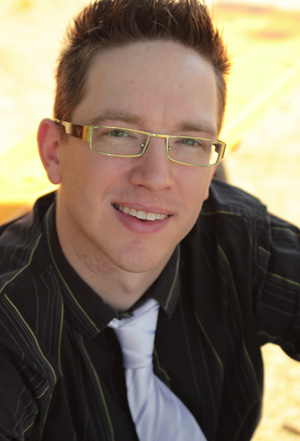 Lee Fehler is officially announcing his successful nomination as the Manitoba Liberal Party’s MLA candidate for Steinbach. Though a relatively new face to the political scene in southeastern Manitoba, residents in Steinbach will be familiar with his name where he recently ran as a candidate for Steinbach City Council. Fehler is strongly interest in serving both the city of Steinbach and surrounding area, this passion for his community has once again drawn him into an election.

During the municipal election of 2010 he ran on a platform dealing with crime prevention and proactive governance in many of the issues that a rapidly growing city has to address. Fehler will carry over some of those issues into this provincial election. One of the hot button topics in provincial politics right now is the Bipole III route and it is this particular issue which has lead him to represent the Manitoba Liberals in this election. Fehler says that “neither the PCs nor NDP have picked a particularly good option for this route without it drastically interfering on Manitoban livelihoods. The Liberals have spoken on putting this hydro line under Lake Winnipeg and thus removing the line from peoples daily lives in an economically feasible way.”

Elaborating on the Bipole issue Fehler said that Manitoba Hydro’s job as a crown corporation is to continue to supply Manitobans with what results as artificially cheap electricity. He also adds that the route will be financed primarily by export sales from northern dams. By interfering with the route down the east side it could jeopardize a UNESCO nominated site and will also be subject to expensive negotiations to put the line through aboriginal lands which could end up costing in the hundreds of millions.  Putting the line through the lake thus ends up as the best route for Manitoba and Fehler adds “that it is time to stop playing politics with peoples land and reduce this projects footprint. The western route is clearly more expensive and it makes no sense to run this line through Hanover.”

Furthermore Fehler believes that both the PCs and NDP have each had 10 years or more to deal with some of the issues that we are still talking about today such as crime, education, health, and the multi-billion dollar infrastructure debt. “It is time for these two parties to stop blaming each other and produce new ideas. They have had their chance to fix these issues but have come up empty and failed to address them. The best thing about politics in Manitoba is that we have a third party in the Liberals that I believe is actually producing the fresh ideas needed to fix these long-running issues.”

Titanium Mechanical, servicing Steinbach and the surrounding area, specializes in plumbing and heating services including installation, repair or replacement for both residential and commercial customers.