On August 14, 2012, members of the RCMP Federal Enforcement Section executed four search warrants at cellular repair shops located at four different locations in Winnipeg. The four locations include the 500 and 600 block of Portage Avenue, the 500 block of St. Anne’s Road and one location at Kildonan Place. 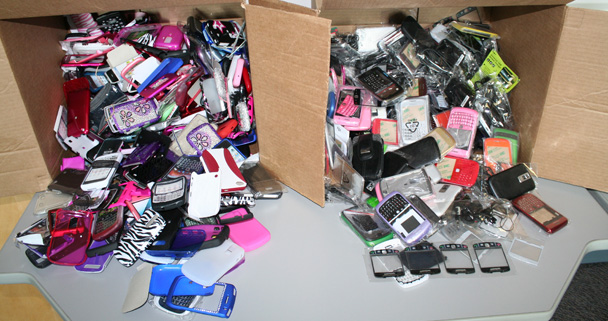 Thousands of counterfeit cellular parts including an assortment of knock-off Apple, BlackBerry, Otterbox and Motorola accessories were seized by RCMP.

Police say that none of these locations are authorized to repair BlackBerry or Apple cell phones. BlackBerry and Apple do not sell repair parts to anyone, including authorized dealers.

While the total value of the parts seized has yet to be determined, the parts have a significant retail dollar value well in excess of $100,000.

The investigation is continuing.