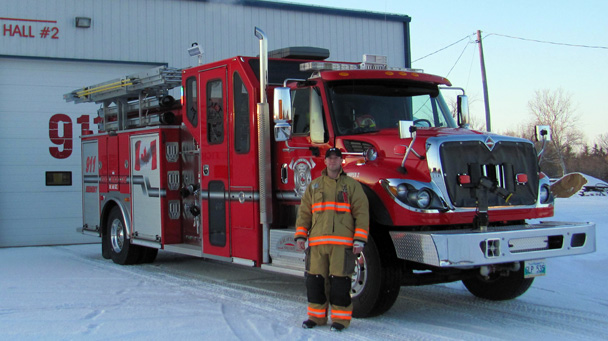 Local resident Kim Ellison reports that there are 30 firefighters in the Taché Fire Department as a whole, servicing Landmark, Lorette and Ste. Genevieve, as well as surrounding areas when required. Taché receives about 160 calls a year, for fire related emergencies and helped with the wildfires in Ross last fall.

This new pumper replaces the 1987 cube van that served as a rescue truck for many years. There are now three vehicles for fire rescue including the Rescue 2, a 2010 Dodge 2500 crew cab truck, for transporting more firefighters, the old Tanker 2, a 1994 model, and now the new Pumper/Rescue 2 truck.