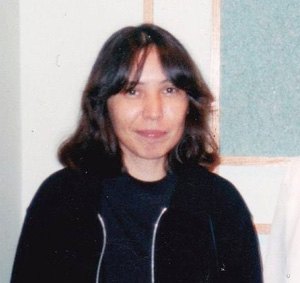 Project Devote investigators have arrested and charged a former Winnipeg area resident with the 2006 murder of Myrna Letandre.

Myrna Letandre was a Winnipeg resident whose remains were recovered on May 8, 2013 at a house on Lorne Avenue in Winnipeg. She was reported missing to the Winnipeg Police Service by her sister on October 26, 2006.

Further investigation revealed that Letandre had been last seen alive in early September 2006 in Winnipeg. It has been determined that the murder occurred at an address in the Point Douglas area of Winnipeg.

On May 30, 2014, in British Columbia, Project Devote investigators arrested 38-year-old Traigo Ehkid Andretti, also known as Dylan Harold Grubb. Andretti has been charged with the second degree murder of Myrna Letandre. The arrest is the result of an investigation by Project Devote, with the assistance of the Vancouver Island Integrated Major Crime Unit.

“Our investigative units within the RCMP and Winnipeg Police Service and other police agencies throughout Manitoba and Canada are part of a unified network that routinely discusses and shares information and best practices concerning serious investigations,” said Chief Superintendent Scott Kolody, RCMP Officer in Charge of Criminal Operations in Manitoba.

“These charges are the result of Project Devote’s careful investigation of leads and gathering of evidence,” said Danny Smyth, Winnipeg Police Service Superintendent of Investigative Operations. “While we are pleased to bring these charges before the courts, our thoughts go out to Ms. Letandre’s family members, who have suffered an overwhelming loss. We hope this will bring them some measure of justice.”

Project Devote is a provincial integrated task force of the Royal Canadian Mounted Police and the Winnipeg Police Service focusing on missing and murdered exploited persons. Manitoba Justice has designated two prosecutors and a Family Liaison/Victim Services Worker to work with Project Devote.