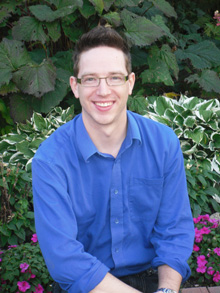 Lee Fehler is announcing that he is running for Steinbach City Council. His platform is focused on urban planning with regard to livable, walkable communities, and for sustaining a vibrant urban core.

Fehler says that he is running for City Council because he is “concerned about the direction of this city. I believe that these high growth periods have put us and our city at a crossroads and that it is essential that we address future issues now by following appropriate city planning. We have examples in our province where poor city planning in high growth communities led to future problems. It is important that we learn and understand these mistakes and make informed and level-headed decisions when it comes to policy making for our city. Our city has been successful because of its traditional values and beliefs, but as our city grows new decisions and planning are important, requiring informed decisions. I believe that I have the knowledge, motivation, and interest, to embrace the vitality of our city and help guide those policies.

On the subject of urban planning Fehler says that, “council has done an excellent job with regard to mixed-use development, affordable housing, liveable, walkable, higher density communities over the last four years. However, I believe there is a lot more we could do, and there is a lot more we should do. One idea to promote the downtown of Steinbach is the creation of an urban square or market which can be used as a central gathering place, and promotes sociability in our community.”

Fehler is also advocating to support new immigrants to Steinbach and to search for ways to increase the retention rate of the new arrivals. He says that “promoting Steinbach as a diverse city to live in helps attract new immigrants to Steinbach and grows the tax base which fuels further growth.“ In addition he is supporting crime prevention programs saying that, “as Steinbach grows crime can grow with it, and adding more police officers alone is not the solution. A system-based crime prevention approach is our best solution to fighting crime and drug use in our community.”

Lee Fehler has lived in Steinbach for his entire life and is currently enrolled as a third year political science student at the University of Winnipeg. There is some history of politics in the family as his grandfather Henry Fehler was a community leader in Niverville during the 1950s.  More info on his campaign and platform is available on his website at leefehler.com.