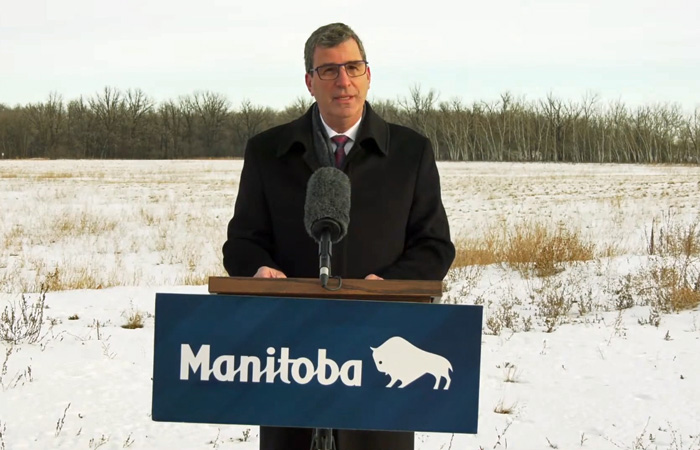 The Manitoba government has announced that it is contributing nearly $6 million to support water supply investment projects in Morden and the surrounding region.

“Our governments shared priorities include investing in strategic water infrastructure projects to ensure safe water for communities that will support continued growth in the area, while also providing stable, reliable services for current residents,” said Central Services Minister Reg Helwer. “The population has grown beyond the capacity of existing infrastructure systems resulting in the need for additional water supply solutions and investments like these will allow for additional economic opportunities to these regions.”

Projects receiving funding from the province this year include:

In total, these projects are valued at more than $17.93 million and are expected to help provide some regional protection against future drought conditions, similar to those experienced in 2021, the minister noted.

In addition to funding from the Manitoba government, the projects have also received support from other sources, such as the federal government, municipal governments or the Pembina Valley Water Cooperative.

“The Association of Manitoba Municipalities (AMM) commends the Province of Manitoba for investing in water management infrastructure projects given the significant municipal demand for water and wastewater projects across Manitoba,” said Kam Blight, president, AMM. “Investing in strategic water infrastructure projects such as this are vital to advance economic development and drought resiliency throughout our communities.”

The minister noted these investments build on other water infrastructure projects in the region that have also received provincial support, including the Pembina Valley Water Cooperative water treatment plant upgrades in Morris and Stephenfield, as well as the first phase of the Alternative Water Source Study.