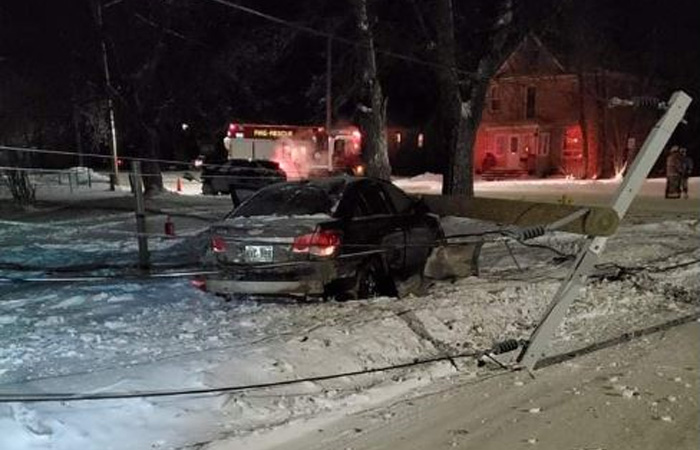 Vehicle collided with Hydro pole at the intersection of 3rd Street NE and 6th Avenue NE in Portage la Prairie.

A 19-year-old Long Plain First Nation man was recently arrested and charged in connection to an impaired driving incident that resulted in a two-vehicle collision in Portage la Prairie, Manitoba.

Upon arrival at the scene, officers observed that one of the vehicles had struck a hydro pole after colliding with a vehicle. No injuries were reported as a result of the collision.

Police say that the driver of the vehicle that struck the pole immediately fled the scene on foot.

After speaking with several witnesses, officers were able to identify the driver who was tracked down at a nearby residence and placed under arrest for impaired driving. He was then taken to the detachment where samples of his breath were obtained and found to be over the legal limit.

RCMP report that 19-year-old Dredin Tyrone Peters, from Long Plain First Nation, is facing numerous charges including impaired operation of a conveyance. Peters has also been charged with several offences under the Highway Traffic Act.