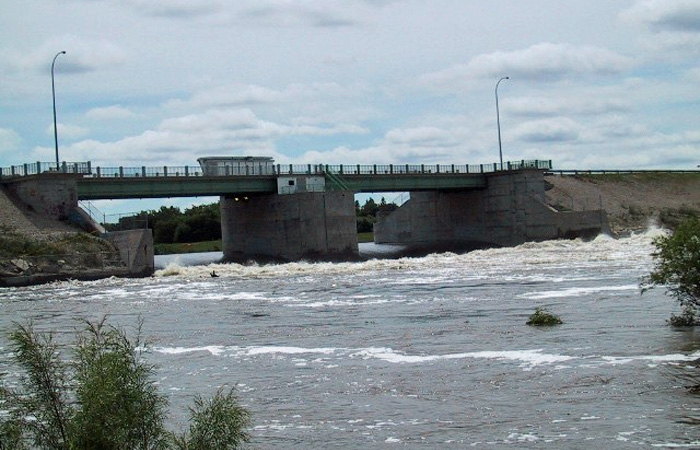 Manitoba Transportation and Infrastructure forecasters are monitoring a system that could bring significant rain between 40 and 60 millimetres over the next couple of days with potential for heavy thunderstorms to result in over 60 mm of high-intensity precipitation in localized areas. The Hydrologic Forecast Centre is issuing an overland flood warning for the southeast corner of the province. Water levels on lakes, streams, and drains are high and soils are saturated. Intense and heavy rains in these areas could result in overland flooding. Depending on the amount and intensity of rain, water levels could rise rapidly and threaten low-lying or nearby properties as well as roads, crossings, and other infrastructure.

The system will also bring extremely strong, sustained north winds starting on Monday afternoon but increasing and continuing through Tuesday with winds gusting up to 80 to 100 killometers per hour. The Hydrologic Forecast Centre is issuing a high to severe wind effect warning for Tuesday, May 31 for the south basins of Lake Winnipeg, Lake Manitoba, Lake Winnipegosis and Dauphin Lake.

The winds will cause water levels to rise by over five feet along shorelines and cause powerful wave action that will further add to the temporary increase in water levels. Residents and property owners are advised to remain vigilant and take any necessary precautions. Areas impacted on Lake Winnipeg include the entirety of the southern basin shoreline south of Manigotagan on the east side to just south of Riverton on the west side of the lake. For Lake Manitoba, the impacted shoreline includes the areas starting just north of Lundar Beach around the southern basin of the lake to a point near Langruth and portions of the north basin. The southern shorelines of Lake Winnipegosis and Dauphin Lake area also included as part of this wind warning.

The forecast wind is also expected to impact the Whiteshell lakes region and levels are expected to rise between one and two feet along these lakes.

Property owners are advised to remain vigilant and take any necessary precautions.

People are advised not to travel into the Whiteshell lakes Area and Winnipeg River basin upstream in Ontario. Very high flows and water levels are being experienced on the lakes and rivers in this area and the expected precipitation will cause them to rise further. The rising water levels and rapidly evolving conditions continue to pose a significant risk to public safety. A list of restricted lakes, boat launch closures, campground and trail closures is available at manitobaparks.com.

Several communities throughout the province continue to be impacted by high water levels. Manitoba Emergency Measures Organization (EMO) continues to work with all local authorities and emergency management partners to provide guidance and support for response and recovery activities. At this time, 38 states of local emergency have been declared. Manitoba EMO continues to work with Indigenous Services Canada (ISC) in supporting ISC-led response measures with First Nation communities.

Private well owners are reminded to test their wells to determine if they need to take steps to improve water quality and address potentially harmful bacteria. Testing is recommended at least once a year after the spring run-off or overland flooding.