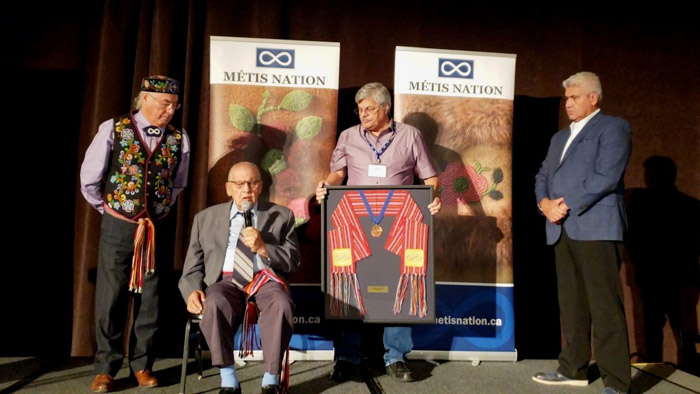 For Chief Superintendent Darcy Fleury, it was welcome news that he was coming back to Manitoba as the Officer in Charge of Criminal Operations, the second highest ranking position within the Manitoba RCMP. A career spanning 35 years and countless posts has brought him full circle, and he is very happy to be home.

C/Supt. Fleury was born in Minnedosa and joined the Force from there at 23 years of age. As well as Manitoba, C/Supt. Fleury has served in Ontario, Northwest Territories, and Nunavut, and most recently as the District Officer for Central Alberta. His posts have included Federal Policing, Major Crime Services, Commercial Crime, Manitoba West District Commander, and Manitoba Federal Criminal Operations Officer.

“The breadth of experience and service C/Supt. Fleury brings with him is a great fit with the diverse policing demands in Manitoba,” said Assistant Commissioner Rob Hill, Commanding Officer of the Manitoba RCMP. “His care and concern for those he serves with as well as for the communities he serves is well known, and I know that he will help us keep this police force strong and working towards safer communities for all Manitobans.”

Manitoba is home to C/Supt. Fleury in many ways – it is where his family lives and where his family is from. His roots here are deep. His father was a founding member of the Manitoba Métis Federation, the National Government of the Red River Métis, where his brother is still very involved as an elected representative for the Nation. As a proud Citizen of the Red River Métis, C/Supt. Fleury embraces and encourages diversity in the RCMP, and works every day toward creating an inclusive environment.

“It’s important that our Citizens are prominently represented in all areas of community service, including military service and policing at both the local and federal level,” said David Chartrand, President of the MMF. “This visibility not only fosters trust and partnership with community members, it also gives encouragement to our Citizens who serve the community or who might be considering it as a career path. Chief Superintendent Darcy Fleury is a credit to our Nation, and I’m confident he will carry on his family’s strong legacy of community building, while representing the Red River Métis with integrity and pride.”

There are always competing priorities in policing, but for C/Supt. Fleury, it comes down to people and communities.

“It is people who make a difference, and I say that with all sincerity,” said C/Supt. Fleury. “We need strong and healthy employees in order to keep communities safe. My top priority is always people – those who work with me and those whom I have sworn to protect. I am so happy to be back in Manitoba, and I look forward to getting started!”