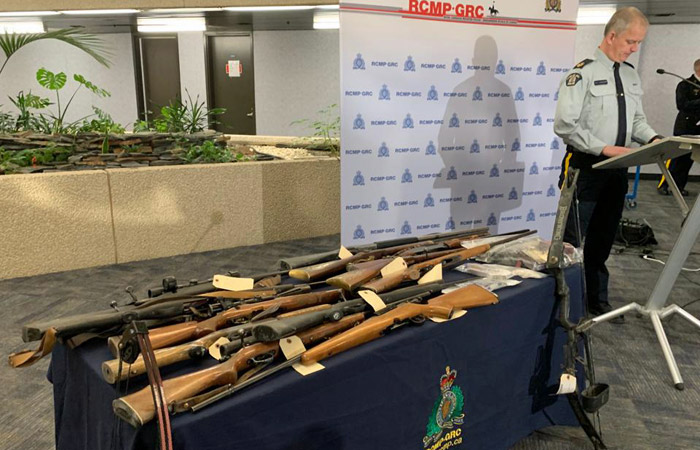 Manitoba RCMP, Brandon Police Service and Manitoba First Nation Police Service recently joined forces and deployed to the Central Plains area of Manitoba with the goal of reducing violent crime in communities by strategically identifying targets through intelligence and crime statistics, and then targeting those areas and prolific offenders.

Through the development of the RCMP’s Strategic Enforcement Response Team (SERT), deployments such as this are intelligence-led, and are planned in order to address the rise in violent crime in some communities.

From November 21 to November 25, 2022, SERT, in partnership with MFNPS and BPS, deployed to the Central Plains Area. A number of crime reduction strategies and specific targeting of prolific offenders was carried out by the team.

Seven Criminal Code search warrants were executed for firearms, weapons, illegal drugs, and stolen property. The warrants were executed in Sandy Bay First Nation, Dakota Tipi First Nation, and the City of Portage la Prairie. Within this area, 13 arrest warrants were also executed. Three prolific offenders were found in breach of their release conditions and were charged accordingly. As well, four of the top five most prolific offenders, identified by criminal analysts, were charged.

In total, 36 new charges were laid, which consisted of various firearms offences, possession for the purpose of trafficking, breaching release order, possession of stolen property and weapons possession offences.

Items seized included 13 firearms; 22 other weapons, including machetes, knives, brass knuckles, and batons; more than two ounces of methamphetamine, an ATV, a dirt bike, a vehicle, and a MIG welder.

“SERT is all about intelligence-led, data-driven policing,” said Superintendent Rob Lasson, Officer in Charge of RCMP Major Crime Services. “When SERT is deployed, it means we have identified an issue, determined what or who is driving the issue, and are taking concrete steps to stop the issue. We are very happy to team up with our policing partners to execute this operation to address crime in rural Manitoba.”