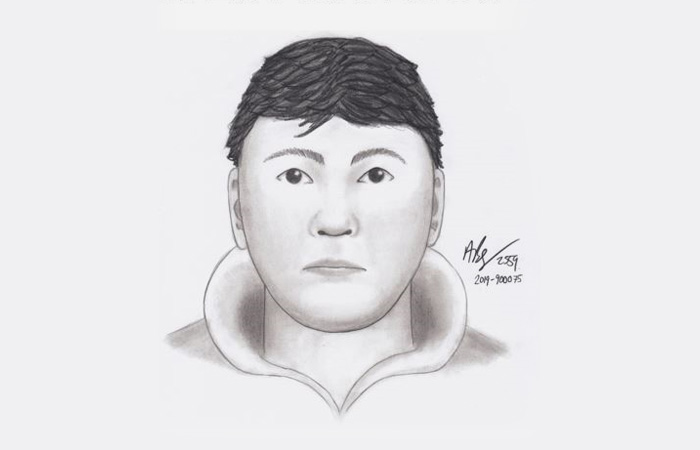 Composite sketch of suspect involved in abduction of 16-year-old girl.

Manitoba RCMP have released a composite sketch of the suspect connected to a recent abduction incident involving a 16-year-old girl.

On June 23, at 7:20am, RCMP officers from Steinbach, St-Pierre-Jolys as well as Police Dog Services responded an emergency call from a homeowner indicating that an injured 16-year-old female was at their house and that she may have been the victim of an abduction.

Police say that a composite sketch of the suspect has been completed and Manitoba RCMP are seeking the public’s assistance in identifying him.

The suspect is described as male, 18-22 years of age, clean-cut, approximately 5’8″ tall with a medium build. He is said to have a light-brown complexion, thick and wavy black hair and a round face. Police noted that the suspect was wearing a blue sweater with a hood, which had yellow flame writing on the front. He was wearing shorts that resembled swim shorts with a blue-to-green-to-blue pattern. He might have been wearing sandals.

The suspect vehicle is described as an older model, matte black, four door pickup truck, with a tinted rear window. The vehicle does not have running boards or steps.

Anyone with information regarding this investigation is asked to immediately call the St-Pierre-Jolys RCMP at 204-433-7433 or CrimeStoppers anonymously at 1-800-222-8477. You can also submit a secure tip online at www.manitobacrimestoppers.com.