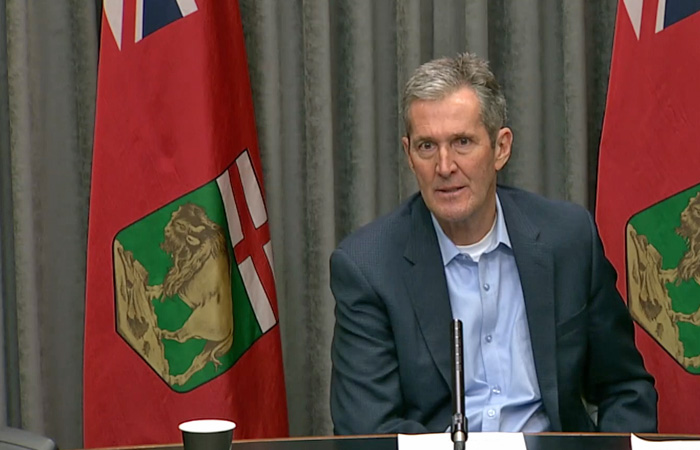 The Manitoba government is calling on the federal government to better support health care by lowering borrowing costs.

“Manitobans and Canadians are facing a historic pandemic that poses significant public health and economic challenges”, Premier Brian Pallister said. “This is a time to unite, this is a chance for the federal government to help Manitoba and all other provinces obtain the investments needed to secure our public health-care services for all Canadians.”

All provinces will face significant fiscal challenges in the coming months as revenues decrease and expenses increase. Most provinces spend nearly half their provincial budgets on health care, and every province needs the liquidity to keep paying their bills, while ensuring the sustainability of services today and well into the future, the premier added.

“Under the previous government, Manitoba became the most debt ridden province in the country,” Pallister said. “Over the last four years our government made significant progress to restore the ‘rainy day’ fund to nearly $1 billion for times of emergency, like these. Should the current situation deteriorate further and faster than expected, additional funds will have to be borrowed to shore up our health care system.”

To address this urgent need, the federal government should immediately establish an emergency credit agency to borrow on the provinces’ behalf. The premier noted the federal government can borrow at a much lower rate than the provinces. This would save Canadians billions of dollars annually that could be better spent supporting health-care and the most vulnerable Canadians.

“Together, we are facing tremendous challenges,” said Pallister. “Now more than ever, Manitobans deserve a health-care system they can be confident in. The choice is clear, stronger banks, or stronger health care.”

More information can be found at manitoba.ca.