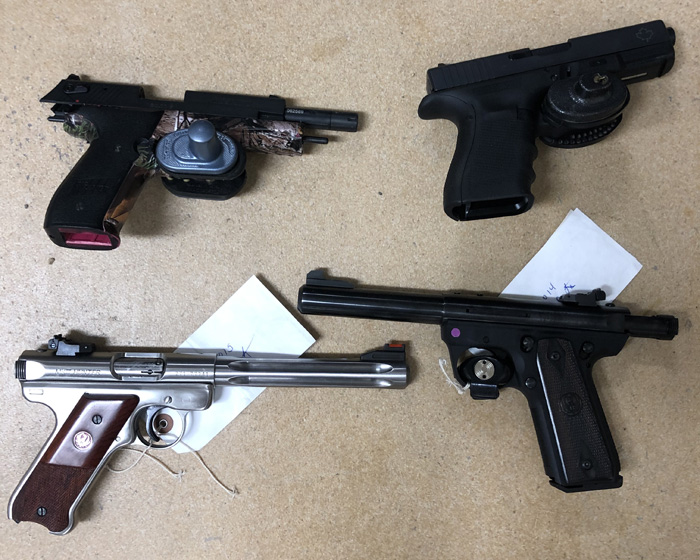 Manitoba RCMP have seized multiple firearms from a residence located in the RM of Rockwood, following a recent traffic stop.

On April 10, 2020, at 3:25pm, RCMP officers were conducting a patrol on Highway 7 in the RM of Rockwood when they performed a traffic stop on a pickup truck towing a utility trailer. In speaking with the driver, a 32-year-old male from the RM of Rockwood, the officer’s observed a firearm, subsequently leading to his arrest. A further search of the truck led to the seizure of two additional firearms, one of which was prohibited.

Police say that the utility trailer was also discovered to have been reported stolen from Winnipeg back in October of 2017.

Further investigation in this incident led to a search warrant being executed on April 11 at a residence located in the RM of Rockwood. The search resulted in the recovery of additional stolen property as well as a large quantity of firearms, ammunition and other firearm related material.

RCMP report that the suspect will be facing numerous property and firearm related charges.