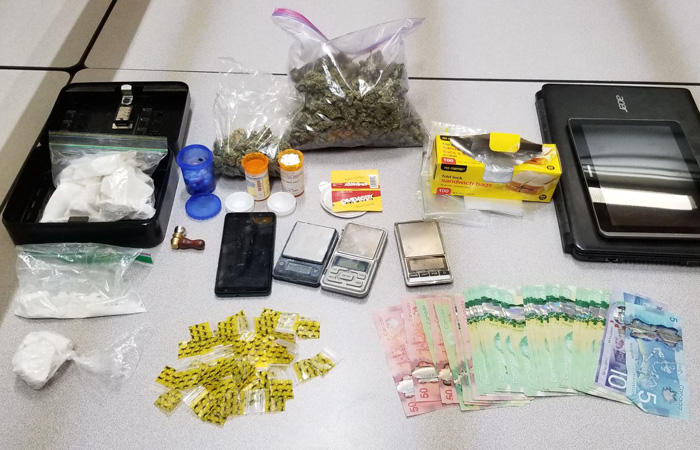 Drugs, related paraphernalia and cash seized by The Pas RCMP.

As the result of a drug trafficking investigation conducted by The Pas RCMP, three individuals have been arrested and are facing multiple drug related charges.

On September 9, 2020, officers from The Pas RCMP detachment executed search warrants at two separate residences located in the community. As a result, they were able to seize over $2,000 in Canadian currency, 412 grams of cocaine, 225 grams of marijuana, 327 illicit pills and other drug related paraphernalia in response to a drug trafficking investigation.

Police say that a 57-year-old man and a 40-year-old woman, both from The Pas, were arrested in relation to this investigation. The two individuals have been released and are scheduled for a court date in November.

Jay's Cafe in Steinbach, a popular local spot to meet up with friends and family for some great tasting home-style food.