Structure fire destroys thousands of bales in the RM of Stanley 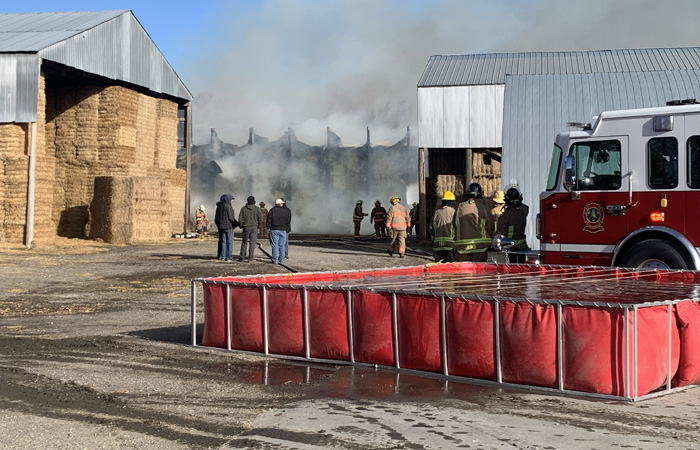 Fire department on location at a structure fire in the RM of Stanley, Manitoba.

Pembina Valley RCMP are currently investigating a recent structure fire that destroyed thousands of hay bales in the Rural Municipality of Stanley, Manitoba.

On October 15, 2020, at approximately 9:35am, Pembina Valley RCMP responded to a structure fire at a location on Road 24 W, in the RM of Stanley.

Police say that two large hay shacks had caught fire and were burning. RCMP officers along with Fire Departments from multiple municipalities attended the scene.

RCMP estimate that approximately 15,000 hay bales were destroyed in this incident, resulting in a significant financial loss. Police do not believe the fire was suspicious in nature and no injuries were reported.

Pembina Valley RCMP along with the Office of the Fire Commissioner, continue to investigate this incident.