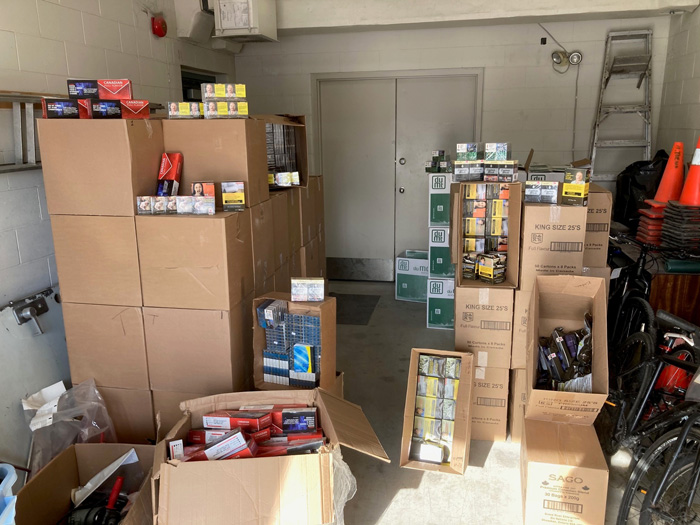 Items seized by Steinbach RCMP, along with the General Investigations Section.

Steinbach RCMP are reporting that two suspects, connected to a substantial seizure of drugs, cash and unstamped cigarettes, were recently arrested.

On February 11, 2021 Steinbach RCMP, along with the General Investigations Section, executed a drug search warrant at a location on Dawson Road near Richer in the Rural Municipality of Ste. Anne, Manitoba.

Police say that as a result of the search, a quantity of cocaine and other street drugs and over 725,000 unstamped/untaxed cigarettes were recovered. Police also noted over $40,000 in cash was also recovered.

Steinbach RCMP report that a 39-year-old male and a 62-year-old female suspect were arrested with charges pending.

Canadian Tire Auto Centre in Steinbach offers everything from oil changes to tire changeovers, diagnostics, tune-ups and more. We service all makes and models!