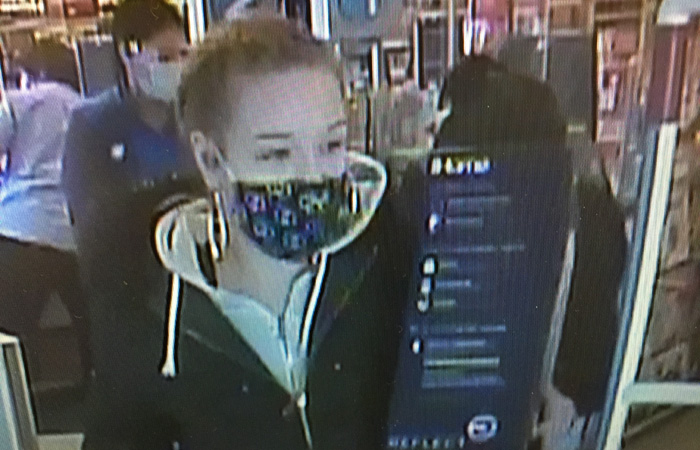 Steinbach RCMP are asking the public for any information that may help identify a female suspect who recently stole a number of items from the Shoppers Drug Mart located on Main Street in Steinbach.

On February 11, 2021, Steinbach RCMP received a call from Shoppers Drug Mart, located on Main Street in Steinbach, reporting a theft incident that had recently occurred. It was stated that an undisclosed amount of merchandise was stolen from the store.

Police investigation shows that a female suspect, carrying a box, along with a basket full of items, walked out the store without paying. It is believed that the box was possibly a mirror or similar product.

The female suspect was then seen jumping into an SUV which proceeded to leave the property.

If you have any information in connection to this crime, you are asked to contact the Steinbach RCMP Detachment at 204-326-4452 or CrimeStoppers at 1-800-222-8477. You can also submit a secure tip online at manitobacrimestoppers.com.