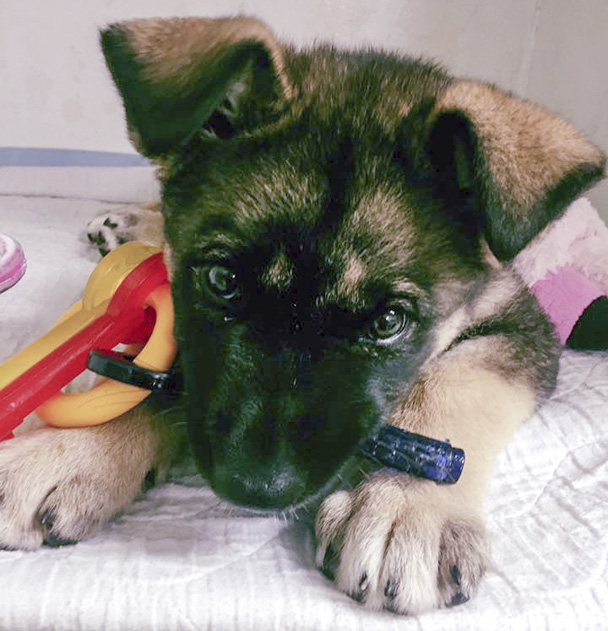 Asha, a German Shepherd puppy, recovering from an abuse incident.

Investigation resulted from a social media post of a video depicting cruelty against the animal. Police say that the video showed a suspect throwing the puppy in the air and letting it hit the ground. The suspect then walks away.

As a result of police investigation, it was determined that the offence took place in Easterville, Manitoba. On the morning of July 27, 2016, officers arrested an 18-year-old male from Easterville, believed to be responsible for this offence. On the same day, the dog was located alive by community volunteers and was taken to a dog rescue organization to have its injuries treated.

RCMP report 18-year-old Jesse Young of Easterville has been charged with causing unnecessary pain and injury to a dog and breach of undertaking. Young has been remanded into custody and will appear in the The Pas court on August 2, 2016.

The puppy, named Asha, is currently being treated for her injuries in a Winnipeg veterinary facility.

Police investigators would like to thank the public for bringing this matter to to their attention immediately.