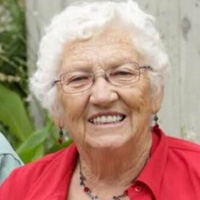 Agatha Friesen (nee Peters), wife, mother, sister, friend, Aggie to her many friends and family, Bubba to her grandchildren, age 85, three months and 14 days, surrounded by her loving husband, children and grandchildren passed away at Bethesda Regional Health Centre, Steinbach, MB., after a long battle with lung cancer, on Saturday, October 1, 2022.

Agatha was predeceased by her mom, Marganetha Peters (Martens), her dad Jacob H. Peters, her stepmother, Anna Peters, as well as five sisters and four brothers.

Agatha was born on June 16, 1937, in Cuauhtemoc, Mexico. She moved to Canada in 1957 and lived in Winkler. Soon after, in 1963, in the village of Chortitz, she married Dick. Fun fact: the church that they were married in now lives at the Steinbach Mennonite Heritage Village Museum. After they were married, they lived in Pinawa for a short time and then they moved to Blumenort where they lived for a few years. It is there that they began their family and had their first three children. They then moved to Steinbach where they bought a hobby farm. Their last baby was born there. With a husband who worked out of town a lot Aggie ran the farm and even boarded race horses. Through the years Aggie and Dick lived in many places, her favourite place being her house on Reimer Avenue that people could always recognize by the bright purple door. No matter where she moved, Aggie enjoyed decorating her home and tending a large garden. Aggie held many jobs through the years, all of them in service of others. Her calling was working as an LPN to care for the elderly and disabled. She was able to achieve the status of LPN under special circumstances having been granted to take her exams orally. She excelled and was top of her class despite no formal English education.

Aggie was a woman of great faith and had many interests. She loved God, her family, her friends, crafts and flowers, hosting parties, especially dress up parties, and she was even the queen bee when she was part of the Red Hat Society.

Agatha will be dearly missed by her family and many friends.

God saw you getting tired
And a cure was not to be,
So he put his arms around
And whispered “Come to me” 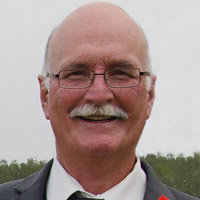 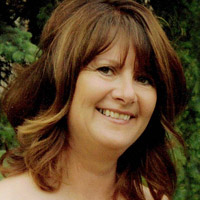 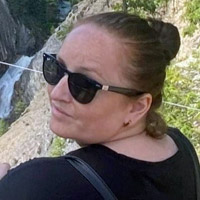