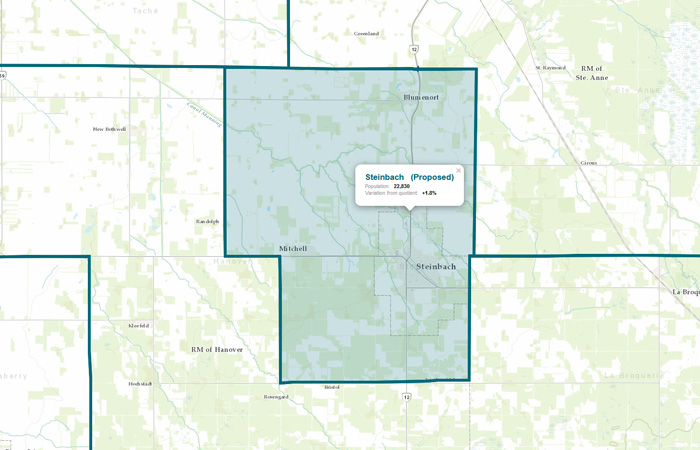 Manitoba’s Electoral Divisions Boundaries Commission recently released its interim report on proposed changes to Manitoba’s electoral map. The report outlines the proposed new boundaries and names for the 57 electoral divisions in the province.

The commission proposed changes to all 57 existing electoral divisions. In total, 16 new names have been proposed, six inside Winnipeg and 10 outside of Winnipeg.

The interim report, along with maps showing the proposed electoral division boundaries with their proposed names and populations, are posted on the Electoral Divisions Boundaries Commission website, at www.boundariescommission.mb.ca.

The final report becomes law and the new boundaries go into effect for the next provincial general election, set for October 2020.