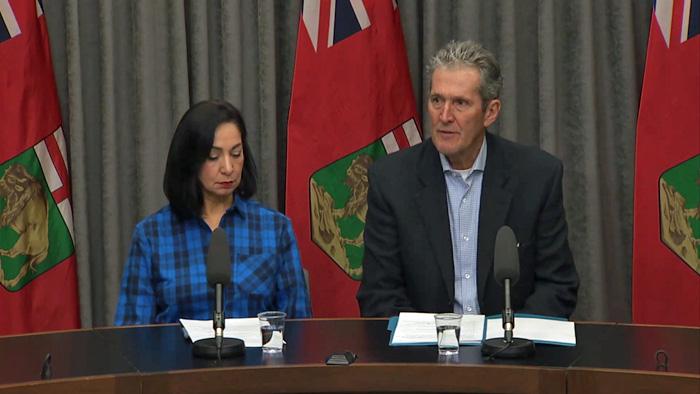 The Manitoba government has declared a provincial state of emergency for Manitoba Hydro to help deal with the aftermath of the major winter storm that swept a large area of the province.

“It is clear the tremendous effort to restore power and other activities will be ongoing for some time,” said Premier Brian Pallister. “The state of emergency will help with that effort.”

A declaration of a state of emergency is a formal step to enable Manitoba Hydro to invoke mutual aid clauses with neighbouring utilities for such assistance as may be required to restore services. It applies in all portions of the Province of Manitoba impacted by failed and failing electrical transmission and distribution infrastructure. In addition, several states of local emergency have been declared by municipalities.

Immediately following the issuance of the declaration, Manitoba Hydro has reached out to Hydro One, Minnesota Power and Sask Power to request specific resources such as replacement transmission towers, distribution poles and specialized electrical equipment as well as crews to help with restoration.

“The declaration will provide Manitoba Hydro with access to additional resources outside of Manitoba to assist in their response to the storm, which continues to create issues for Manitobans and repair crews,” said Pallister. “Hundreds of workers are trying to restore services for thousands of customers who remain without power.”

Manitoba Hydro asks motorists and pedestrians to stay clear of crews working on downed lines. Anyone coming across fallen trees and power lines should avoid contact and call 911. If power is affected by the storm, Manitoba Hydro has tips to help people stay warm and keep food safe at hydro.mb.ca.

Temperature is forecast to fluctuate between 0 C and 4 C for the next few days, which could start a gradual melt in areas where precipitation was snow.

The Red River Floodway is expected to operate until the end of October being activated at approximately 7 p.m. on Oct. 9, under Rule 4 to lower levels within the city of Winnipeg.

Rivers, lakes and streams in south and southwest Manitoba continue to rise and are being monitored by officials from municipalities and the province.

Levels at the Whiteshell lakes continue to rise.

Waterways in the south and southeast section of the province, including the area of the Roseau River, Vita, Gardenton and Joubert Creek, are seeing the rain-snow mix influence river flows. Levels are continuing to rise in these areas and could bring localized overland flooding of low-lying areas.

The province and municipalities continue to monitor water levels. Information and daily updates are available at gov.mb.ca.

Sand and bags are available at the following locations for Whiteshell residents responding to high water:

At the peak of the storm, just over 2,700 kilometres of provincial roadways were closed. Most are reopened, but motorists are asked to restrict non-essential travel in areas yet to be cleared to help snow clearing emergency response efforts. If travel is necessary, slow down and drive according to road conditions. Road conditions are available anytime at 511 (toll-free), at www.manitoba511.ca.