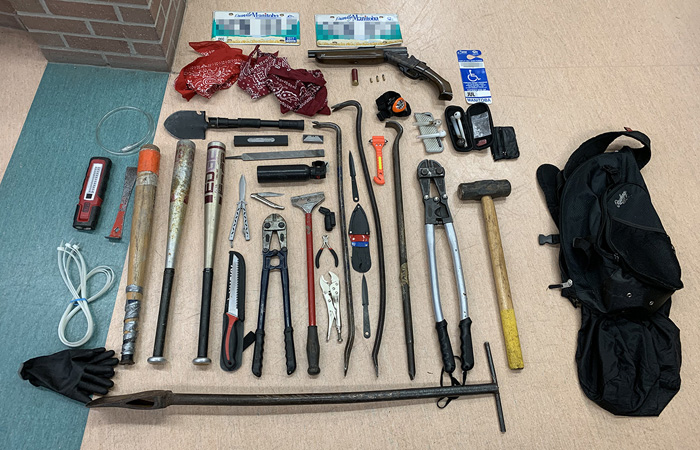 Items seized by Selkirk RCMP, resulting from a traffic stop on Sophia Street.

On June 5, 2020, Selkirk RCMP stopped a vehicle on Sophia Street in Selkirk. Police say that the license plates on the vehicle were found to be stolen, and subsequently, all the occupants were arrested.

RCMP report that 29-year-old Curtis Duval, 33-year-old Shyanne Hudson and 31-year-old Jamie Gerbrandt, 31, all from Winnipeg, have been charged with over 11 firearms and drug related offences.